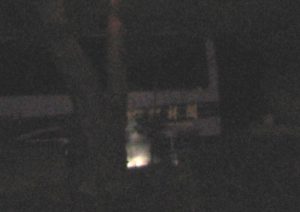 This is a picture of the lake near the Ryokan,

showing something resembling a Zashiki-warashi,

a supernatural creature from Japanese folklore.

Rumors say that in the pine room, weird things can sometimes be seen.

In the picture below, some people can actually see Kannon, a legendary Asian deity.

Guests sleeping in this room say that between 2 and 4 AM, strange lights can sometimes be seen and even caught on camera.

Several people, even if unable to see him with their eyes, come to stay in the pine room to receive his power.

We once received good news about a guest’s illness getting better after staying here.

We do not know whether it was thanks to the room, but to know that somebody felt blessed about staying in our Ryokan makes us incredibly proud. 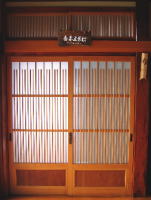 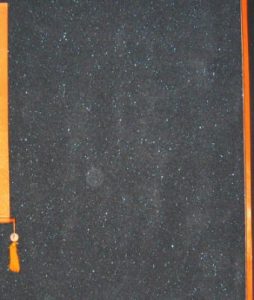 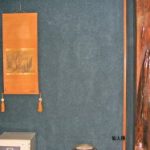 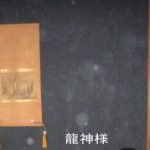 As of late, Ryuujin (right) and Sennin (left) have been sighted too. 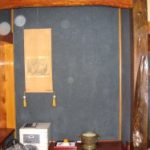 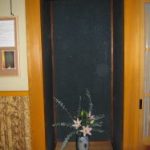 Buddhist culture in Aizu has been flourished since the 6th century AC.

According to legend, a Buddhist monk came from China back in the year 540AC to set up a temple in Aizu.

During more than two centuries, Takatera temple has seen thousands of monks and has become one of the most important Buddhist temples.

It could be the influence from such a great place of prayer that makes Kannon appear in our Ryokan.